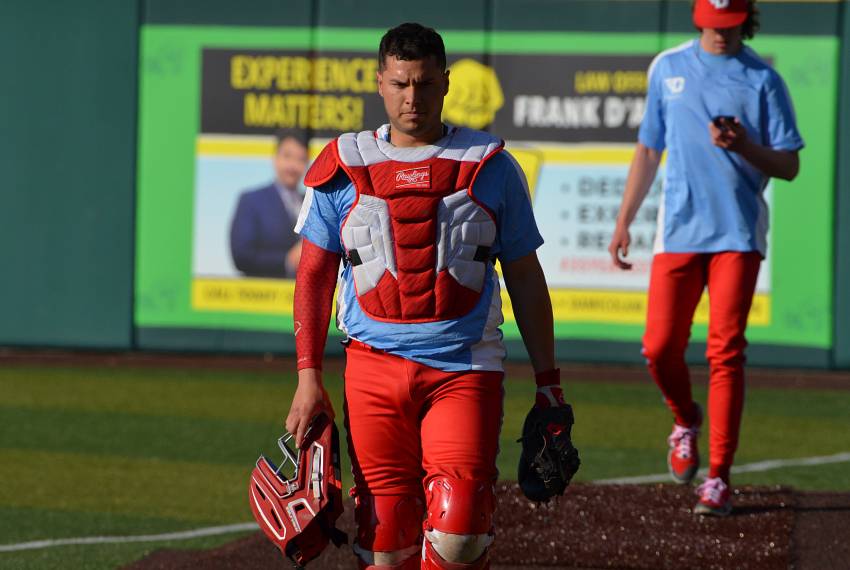 It is a special weekend for the Curtis family.
John Curtis Christian School has a rich history with deep ties to Tulane University. Many former Patriots have played for the Green Wave over the years.
Among those are John Curtis athletic director Johnny Curtis and head baseball coach Jeff Curtis, who were both part of the Tulane football program.
The history continues with deep family ties.
Jay Curtis is in town as part of the Dayton baseball program.
The son of Johnny, Jay arrived in town as the leading hitter for the Flyers at .344.
The younger Curtis went 0 for 3 with a walk as Tulane handled Dayton 12-1 Friday. The series continues Saturday and Sunday and the Curtis family will enjoy every minute of it.
Speaking on The Three Tailgaters Show on NASH ICON 106.1 FM Saturday morning, dad expressed his joy about what is happening uptown this weekend.
“How fun is that?” Johnny Curtis said. “Having an opportunity to play in front of family and friends at Turchin Stadium, a beautiful place for baseball. It has been cool for our family. I care deeply about Tulane and what they are doing with facilities and their athletic program overall. They have become a major player in college sports. I am probably more nervous than he is. It is great to see so many there who love watching Jay play.”
Curtis is now batting .328 with eight RBI, enjoying excellent success with the Flyers.
“I’m not surprised,” Johnny Curtis said. “He has a very strong work ethic. For the average person, it’s really hard to grasp how hard Division I athletics can be. There is so much time spent by athletes. The margin of error is very small between those who play and don’t play. He’s worked extremely hard at his craft. Hopefully, the success will continue on.”
Like his father and uncle, Jay Curtis was a fine football player at John Curtis Christian but opted for the other sport.
“Baseball turned out to be his knack and I couldn’t be more excited about it,” Johnny Curtis said.
Johnny Curtis spent a couple of years away from the River Ridge school when he accepted an opportunity to serve as an assistant coach at Ball State. Despite being that far away, Curtis was able to return to Louisiana in Sulphur to watch his son win a state championship with the Patriots.
“I was able to come back and see Jay win a state championship at John Curtis,” Johnny said. “To see him do it was special. It was the memory of a lifetime. I wanted to make sure I wouldn’t miss it.”
Curtis returned to his alma mater as athletic director three years ago and things were a lot different in terms of the level of competition and the district affiliation of when Johnny played and coached for the Patriots. Curtis felt it was time to return and accepted the call out of both desire and need.
“We came to the conclusion that becoming part of the Catholic League and how our athletic department has grown in both girls and boys sports that I was needed to take some load off of dad,” Curtis said. “It is a lot different on the administrative side. It’s been fun and exciting. I love being part of this and being part of this league. I really kind of compare it to a conference at the college level. We compete very hard against each other but at the end of the day, there is a large amount of respect on all sides.”
Of course, “dad” whom Johnny refers to is legendary football coach J.T. Curtis, who has served in every capacity at the school, as football coach, baseball coach, counselor, headmaster and athletic director. It is truly a family affair.
The family remains vested in doing what is best for River Ridge school, including choosing opponents carefully.
“We’ve made a decision as an athletic department to void our football contract with West Monroe, who voted to maintain the split in 5A,” Curtis said. “We decided not to play that game. Instead, we will play Zachary, who voted to end the split in 5A. We do not want to increase the coffers of those that do not want to compete with us. We played Barbe in softball yesterday. Barbe won 3-1 in a great game between two great programs but unfortunately, we cannot meet in the playoffs.”
Would the concept of a super 6A classification, consisting of any school, public or private, which wanted to participate be one that could work moving forward?
“Is that just a small band-aid on a very big wound?” Curtis asked. “Maybe it’s a first step to solving issues. Maybe it is about forming a new association and inviting all who would like to compete to join us.”
The latter is gaining some traction among private schools, who continue to separate their championships and championship venues from public schools.
In the meantime, the Curtis family will enjoy the weekend on the familiar Tulane campus, pulling against the alma mater.
“At least that will be the case for one weekend,” Curtis said.
Born and raised in the New Orleans area, CCSE CEO Ken Trahan has been a sports media fixture in the community for nearly four decades. Ken started NewOrleans.com/Sports with Bill Hammack and Don Jones in 2008. In 2011, the site became SportsNOLA.com. On August 1, 2017, Ken helped launch CrescentCitySports.com. Having accumulated national awards/recognition (National Sports Media Association, National Football…
Read more >

March 31, 2022
NIL contracts are changing the landscape of all collegiate sports – NPR

NIL contracts are changing the landscape of all collegiate sports – NPR

You may have missed